Why a new Streaming TV Plataform 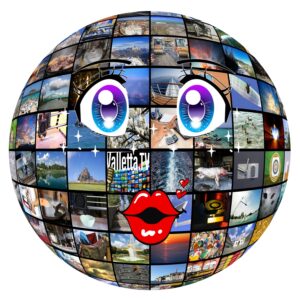 The success of streaming TV is changing the way we do television, and also our habits

Streaming TV is now more and more widespread, and the data is clear: the way users watch TV has changed, and it is not about only the younger age groups as it is easy to think.

According to the Toluna survey, 9 out of 10 users watch movies, TV series and streaming programs.

Specifically, more than half of young people aged 18 to 34 use online content daily, while almost 1 over 55 out of 2 uses on-demand TV several times a week.

Is Streaming TV changing our habits?

The popularity of streaming TV is a factor not to be underestimated, Toluna's data reveals that Netflix is ​​the first choice of Italians, with 46% of preferences, a percentage that rises to 59% if we consider only the youth target.

As can be seen from the data, in the first places there are no free platforms, so it can be deduced that Italians are increasingly inclined to pay a subscription. Also according to Toluna, 6 out of 10 users have regular subscriptions to streaming TV.

The role in streaming

The free platforms of television channels, such as RaiPlay or Mediaset Play, play an important role in streaming, but more towards the rewatch of content that is difficult to find on the net. Streaming TV is mainly used to watch movies (69%), TV series (68%) and TV programs (48%).

Advertising within free platforms is obviously not well received: 1 user out of 2 does not like it, but is not willing to pay for this.

Young people (44%) skip advertising more than older people (37%), regardless of duration and content.

Streaming TV has brought new habits in the behavior of users. One of the first is binge-watching, which is the tendency to watch two or more episodes of a TV series or program in a row.

Binge-watching, as shown by a survey carried out by The Hollywood Reporter with Morning Consult, has changed the viewer's habits regarding schedules and social relationships.

To follow TV series and movies, time is taken away from sleep: 52% of viewers (76% of the youngest) stay awake to follow a show.

Almost a 1/4 of the respondents, 45% of the under 30s, are willing to change their social commitments to stay at home and watch streaming programs.

Not even work stops streaming viewers: 22% of the interviewees and 42% of the youngest, saw a broadcast even in the workplace.

The Web TV market is on the rise On the other hand, that of traditional TV is at a loss ....

These data say a lot to both large and emerging broadcasters who want to create their own channels on the web both with varied programming with columns and programs and with video on demand such as netflix.

In this regard, it is only underlining the difficulty that small screens are having compared to the golden age but this does not outline the death of traditional TV.

The first detections on all devices should arrive soon

The first detections on all devices should arrive soon. And it will be understood how much TV listening has remained in the context of television publishers, moving only to other screens: smartphones, PCs, tablets.

So TV is not dead it is just evolving in line with the needs of digital viewers.

The future is clear , the use of video content is moving to devices connected to internet.

The future is clear, the use of video content (films, fiction, news, news, etc) is moving to devices connected to the internet (including smart TVs) and this is good for small producers because they no longer have to compete with barriers to entry into the traditional TV radio and television market. Today everyone can do TV.

Thanks to Web TV platforms and streaming services, you can create your own TV

Thanks to Web TV platforms and streaming services, you can create your own TV with schedules and video content. The difficulty therefore is not in the search for the tool but in the creation of content.

For example, if we want to create a TV with more than one thematic channel made up of live and recorded events, we must keep in mind that a program should cover at least 70% of the daily hours and be different for each day.

Other ways are those who, on the other hand, want to offer only VoD content and above all films, then play their own Netflix with historical films, documentaries, only comedies; or even collect video recipes only.

For this programming model there are special templates and services that allow you to play your Netflix, thus having to concentrate only on searching for video content.

It is also a platform that perfectly integrates all the storage, live streaming and on-demand potential of Vimeo, useful for guaranteeing stability and transparency.

The advantage of this solution is to be able to customize the front end, the template, the video player and take advantage of the features of a customizable Web TV capable of managing video and banner advertising, presenting pay-per-view content, having multiple thematic channels and organizing schedules.

So here we are ready to send a space unmanned so far and offer all the support to the Entity and to the most popular Thematic Channels, from the KIDS area with Moovies and Cartoon, to Educational channels, to Movies downloading free, without subscription.

A platform for everyone and for all